Video: Gov. Palin Stumps for Ted Cruz in Houston with Rousing Speech – Devito; Updated: The Palins stop by Chick-fil-A after the speech

Former Alaska Governor Sarah Palin tonight delivered a significant stump speech supporting US Senate candidate Ted Cruz at a rally in Houston, Texas. Gov. Palin said that Cruz would be going to Washington to repeal and replace ObamaCare, support our Second Amendment, and a pro-life agenda.

American Grizzlies United / Organize4Palin volunteers and coordinators were on location to support Gov. Palin and sign up new members.

(h/t Barracuda Brigade for the video) 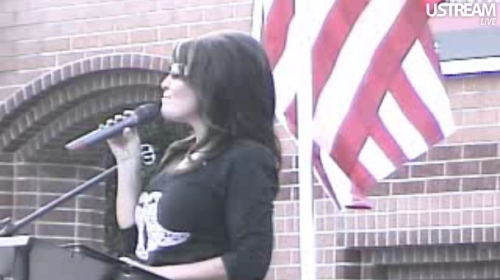 Gov. Palin stumps for Ted Cruz in these frame grabs… 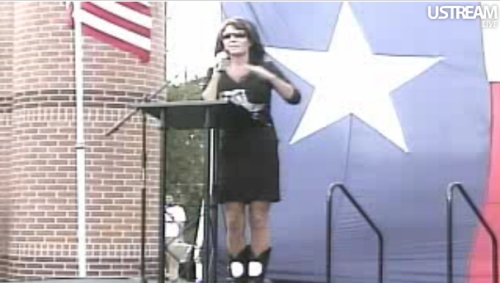 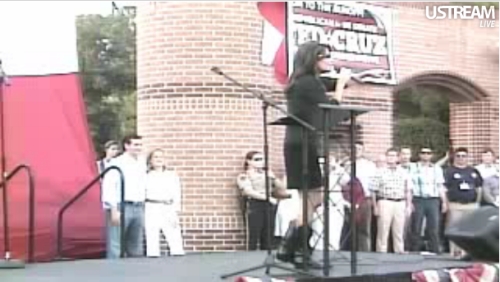 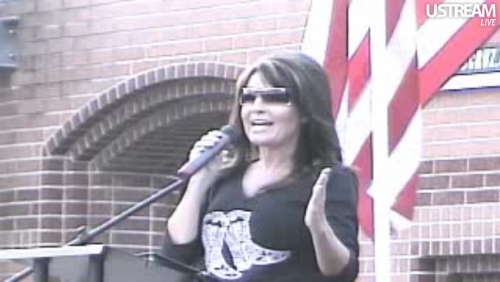 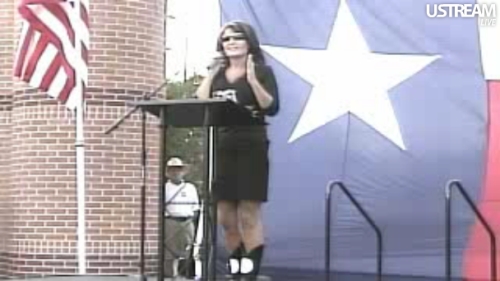 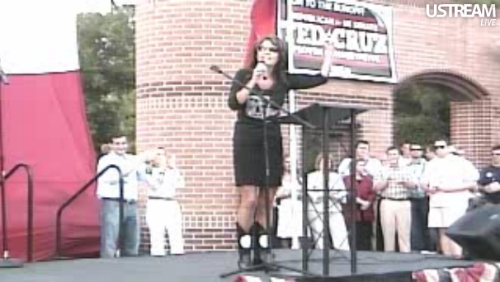 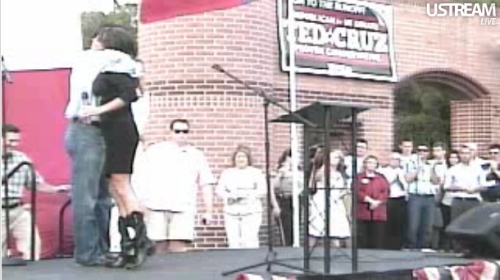 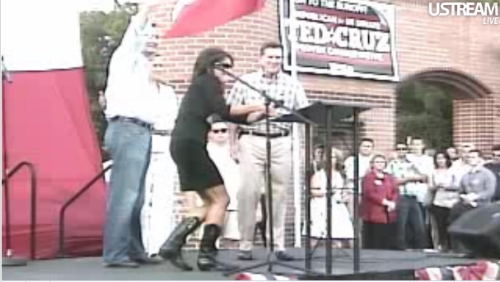 Gov. Palin goes to the lectern to collect her speech delivered old school… 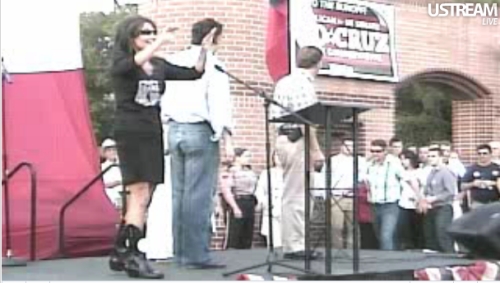 Gov. Palin in her husband’s arms.

Update by Doug: I’ve replaced the Ustream video with a Youtube video courtesy of Barracuda Brigade. The sound quality is a bit better and there aren’t any of those annoying ads interrupting her speech.

Update II by Doug: (h/t Donald Jacques) After the speech, the Palins stopped by the local Chick-fil-A for some good eats.